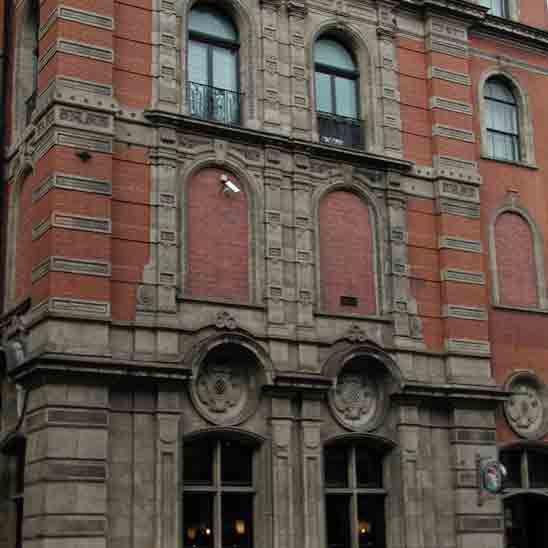 The main entrance of the Great Eastern Hotel in London offers a ‘sign’ that is hidden in plain sight. Even though it was left off the hotel’s official floorplan, three bricked in windows act as a visual sign for a Freemason’s temple built into the site by the hotel’s founding fathers. Pulling double duty, the windows announce and guard the temple’s secrets, both at the same time.