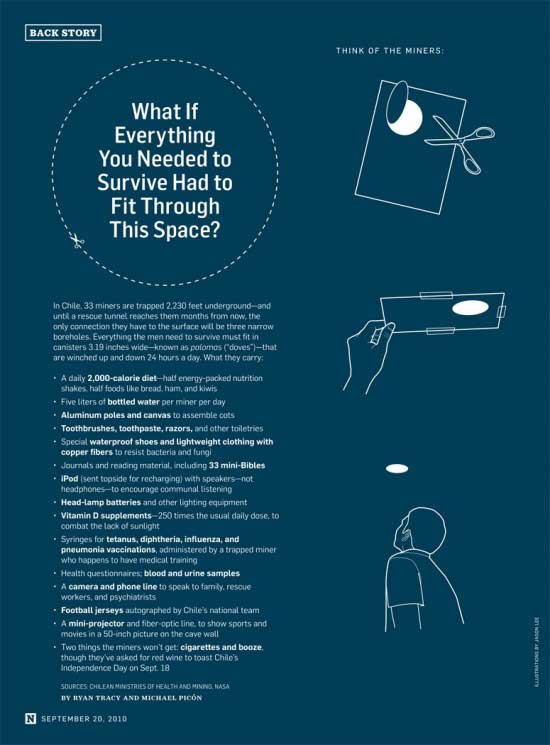 TITLE: “Back Story” by Ryan Tracy and Michael Picón

DESCRIPTION: A poster that uses a ‘hole’ graphic to represent the harrowing plight of the 33 Chilean miners (2010) as they wait for rescue.

DISCUSSION: The graphic represents the size of the first tunnel to reach the miners through which basic supplies were sent in a small tin can named after a bird; not the canary with its moribund connotations for miners, the can is called a “paloma,” the Spanish word for dove, and the bringer of peace. As if the visual by itself isn’t enough to awe you, the designers ask the reader to use the graphic as a template for action. Once the hole is cut out of the paper and held above your head, representation becomes an enactment and a powerful tool in evoking solidarity and empathy. The effectiveness of this simple graphic was carried a step further in the Portuguese paper Expresso with its story of the final rescue from the mine.