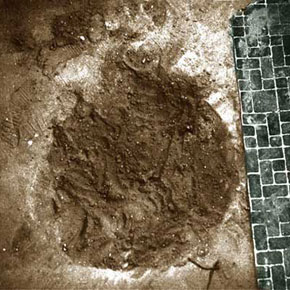 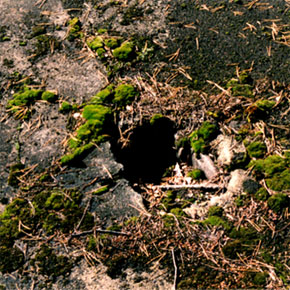 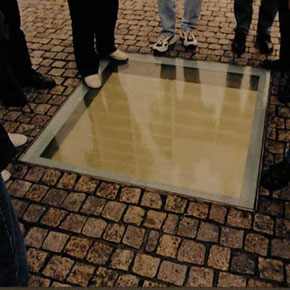 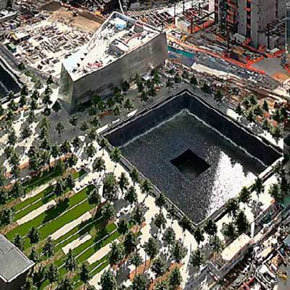 In 1999, in one of the final months of the 20th century, ICI associates journeyed to Auschwitz as part of an Interpretive Field Project focused on “the representation of trauma.” There, we saw the ovens that had killed over 1 million Jews, today nothing more than a pile of bricks since the Germans blew up the gas chambers before their final retreat to help erase any evidence of their barbarity. Over fifty years later, the remnants of the ovens lack the patina of age one might expect after such a long length of time; evidence of nature’s poignant refusal to bury one of man’s worst atrocities. In a field document from the trip, a hole in the ruin of bricks pulls the viewer toward an unreachable interior. Perhaps nothing more than a vent when the ovens were operational, it’s visual power now rests in the absence it points to but fails to represent.

Many documents in the ICI Ephemera Kabinett attest to the prominence of holes in the memorials we build to loss but we also see their circular footprint at sites of hope and regeneration. Whether it is the hole at the bottom of one of the solemn reflecting pools at the World Trade Center or a reservoir of dirt at the Sanctuary at Chimayo, holes are powerful placeholders for that which we need to remember but will never understand.