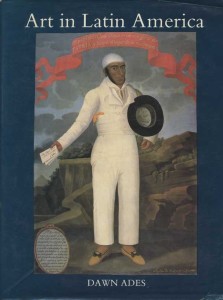 First Line: “The exhibition that this book accompanies was conceived with the aim of presenting to a European audience the relatively unknown art of Latin America of the modern era — that is, of the period since the independence movements of the early nineteenth century.”

Last Line: “What should perhaps be recognized is not the absence of a single solution but the presence of manifold ways of stating the problem within art.”