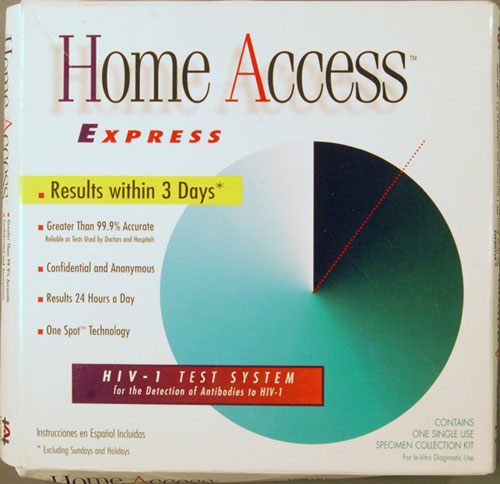 DISCUSSION: One of the Institute’s “firsts.” Although the test made a big splash when it was released in the late 1990s (approved by the FDA in 1996) you rarely hear about home testing today – or AIDS testing in general. A CNN poll in 2011 found that 1 in 4 sexually active Americans do not know their HIV status. More recently, a 2016 study found that young people were the most likely to be unaware of their infection. Among people aged 13-24 with HIV, an estimated 51% didn’t know.

COLLECTIONS AT THE ICI: AIDS, Firsts