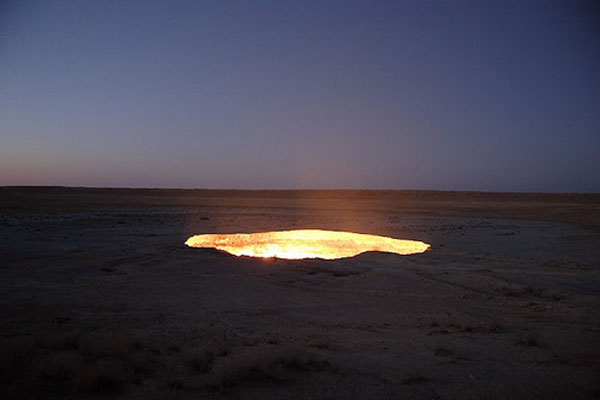 Title: The Gates of Hell in Turkmenistan”

Description: A hole in the earth that has burned continuously since 1971. In that year a group of geologists accidentally tapped into a deposit of natural gas. A hole quickly developed as the methane gas escaped from the earth. Fearing the ramifications of a leaking earth, the scientists lit a fire thinking it would extinguish itself in a few days. Forty some years later, the 230 foot diameter hole still burns 24/7

Discussion: Like the skin of the body, the surface of the earth doesn’t reveal its vulnerability until it is accidentally punctured.

Donor: digital image from http://webecoist.momtastic.com/2011/06/29/the-gates-of-hell-forever-burning-crater-of-poison/ . Collected 9/2012 by the ICI