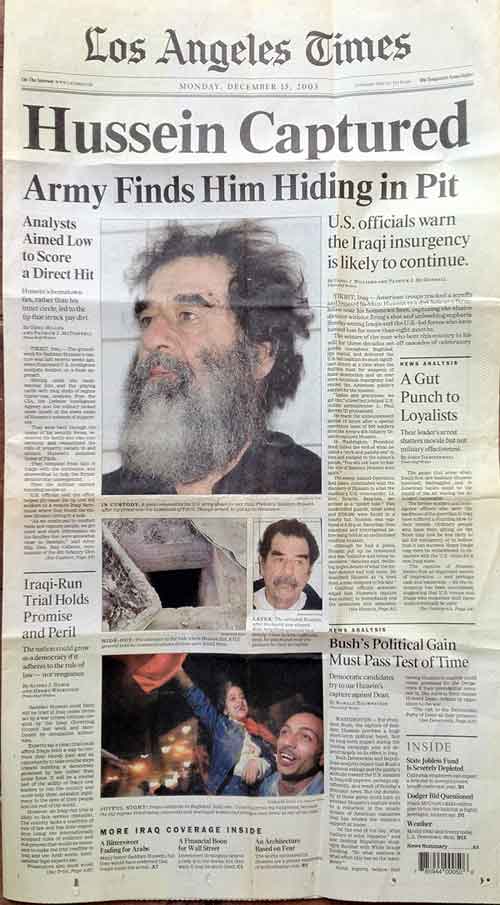 Description: Newspaper front page describing the discovery of Hussein in a “spider hole.”

Discussion: In nature, the trapdoor spider hides in his hole-nest until it leaps out to capture unsuspecting prey. In the military, a spider hole is a pit dug in the earth that can hold a single person. In this hole, the soldier is able to camouflage his presence until the time that he either attacks or escapes his opponent.

This spider hole didn’t work that well for Sadam Hussein.