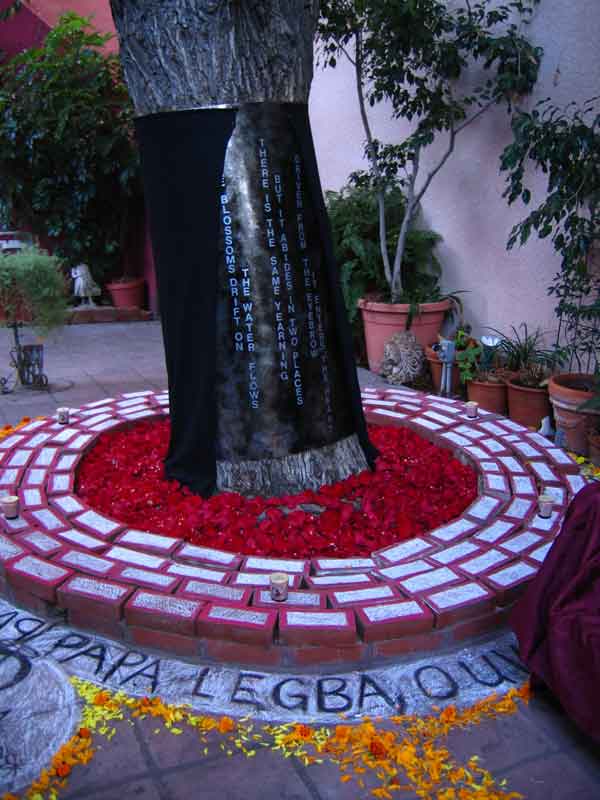 Day of the Dead Celebration at the ICI, 2006

In a memorial service for one of our founding associates, cigars, food, money, and a healthy shot of whiskey were used to conjure up Papa Legba, the spirit guardian of the Crossroads. Incantation derives from Middle English, from the Anglo-French enchanter, reminding us that the casting of spells has at its core a chant, a prescribed repetition that is also fundamental to ritual and it should be noted, many processes of visual art where a motion, an act, or a process is regularly repeated in a set, precise manner. 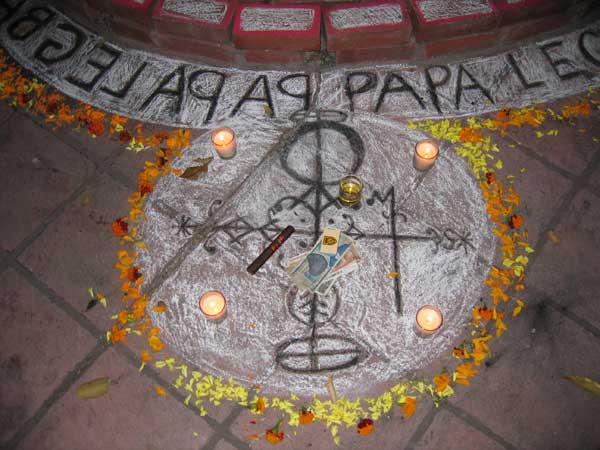 At the ICI, ritual has carried us to liminal realms, to places where we can abandon the boundaries between the self and other, the past and present, the said and the unsaid.  We use incantation sparingly; in situations when we know nothing but feel everything.

This entry was posted in Dead/, ICI Methods and Techniques, Photo Cabinet, Re-membering/, Things that Glisten/, Tools + Arcana, We are the ICI/ and tagged ICI Methods. Bookmark the permalink.